Apart from the British Royal Family, some of the United Kingdom’s own politicians rise to international acclaim. Take, for instance, Sir Winston Churchill and Margaret Thatcher. Though there’s no evidence to support that the two ever met (as Thatcher’s political career began just as Churchill’s had begun), it was possible that they could have as they both ran in the same circles of the Conservative Party. Regardless, they were powerhouses during their own times as Prime Ministers of the UK. It would have been a key point in history to see The Iron Lady clash with The British Bulldog.

But what is it that makes these two figureheads so iconic in English history? We explore their similarities, differences, and how they may have reacted towards each other had they entered British politics at the same time.

While there’s no evidence that Thatcher and Churchill have formally met, because Churchill was an established senior member of the UK government, Thatcher most likely grew up with Churchill playing a huge role in politics. As such, she considered him her political hero and was pleased when she was given a bronze statue of herself in the Houses of Parliament in 2007 next to his own statue.

Churchill was Prime Minister from 1940 to 1945 and then again in 1951 until 1955. During his first run while he was managing the UK in the time of the Second World War, Thatcher was excelling in her studies and entered Oxford to study chemistry, though by that time she was already thinking of entering law and politics. In 1946, she became President of the Oxford University Conservative Association, influenced by political works that condemned government intervention on what she believed should be a free market.

Thatcher and Churchill are Both Conservatives

Churchill was a staunch Conservative by the time Thatcher was born, as was his grandfather and father. From 1940 to 1955, he was the Leader of the Conservative Party. While Thatcher knew who Churchill was, there’s no evidence to support that Churchill had met Thatcher by that point.

However, Thatcher stood for Parliament in 1950, 1951, and 1954 and won her first seat by 1959. As a candidate stateswoman who was climbing up the political ladder, it may have been likely that Churchill eventually knew who she was towards the end of his political career or after. Churchill did not live long enough to see her rise to his former position of Prime Minister. After suffering a major stroke, Churchill died in 1965. Thatcher wouldn’t be Prime Minister until 1979. 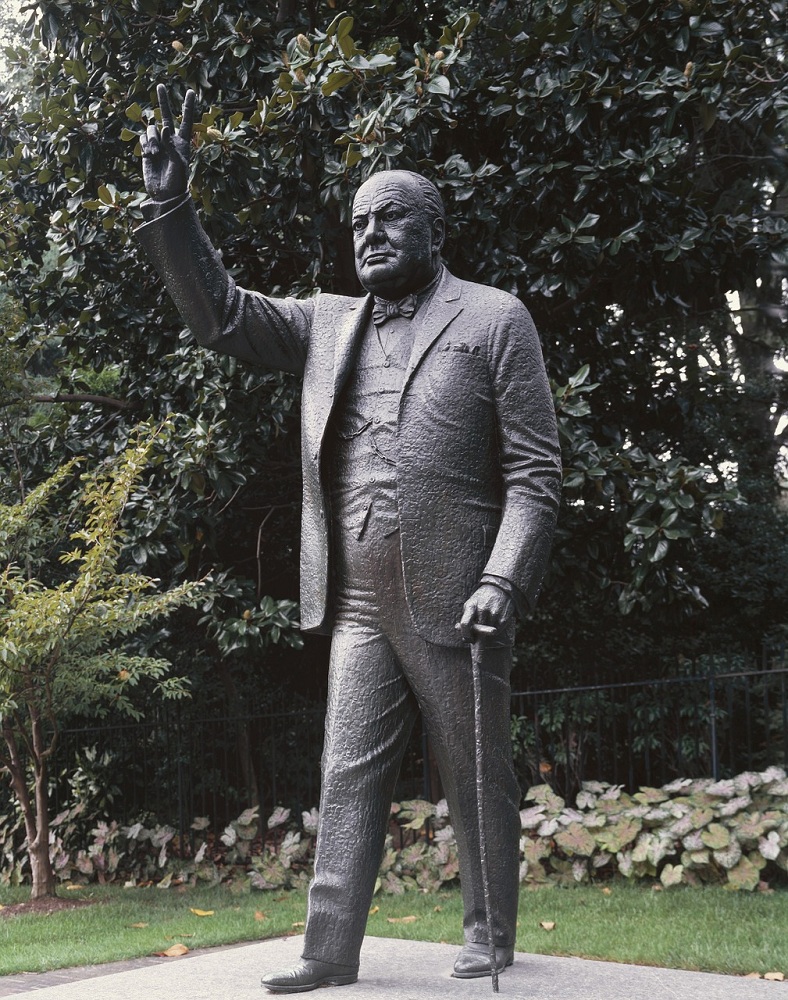 Churchill is best known for leading the government through World War II, a time of austerity and economic turmoil for the UK. As the leader of the UK, he was the driving force that inspired the UK to keep fighting against Nazi Germany and their allies. Though he was born to the highest circles of British aristocracy, Churchill was dedicated to public service.

During and after his political career, Churchill was known to give inspiring and provocative speeches, including the iconic “The Sinews of Peace” speech, where he predicted the “Iron Curtain” that would befall eastern Europe and how the UK and the US needed to band together when it happened.

However, his legacy was not a shining one, as there are also controversies surrounding his person. Because of his nationalist stance, he was against India’s independence (as well as other countries that would lead to the chipping away of the UK’s empire) and felt that Gandhi and others who believed in their country’s independence were a threat to the UK.

Thatcher is most known by her nickname, “The Iron Lady.” This was coined by a Soviet journalist and eventually used by the public due to her uncompromising stance on politics and leadership. As the first female Prime Minister and the longest-serving Prime Minister of the 20th century (11 years), she had her own highs and lows as Prime Minister.

While she molded her own policies with Churchill’s legacies in mind, she created her own political style that soon became known as Thatcherism. When she first earned a seat in government, she addressed to the press the idea of limiting government expenses. This would end up becoming the theme of her political career.

Many saw this as her attempting to fix the UK’s economy, while others demonized her as someone who was uncaring about the working class. The Labour Party would criticize her reforms that took away from the people. Thatcherism came to be negatively associated with monetarism when the government became more concerned with controlling inflation than unemployment. Despite this, she moved for deregulation, flexible markets, privatization of state-owned companies, and other economic reforms. Despite the methods she used, she managed to recover most of the economy after the recession, which led to her gaining popularity for a re-election. 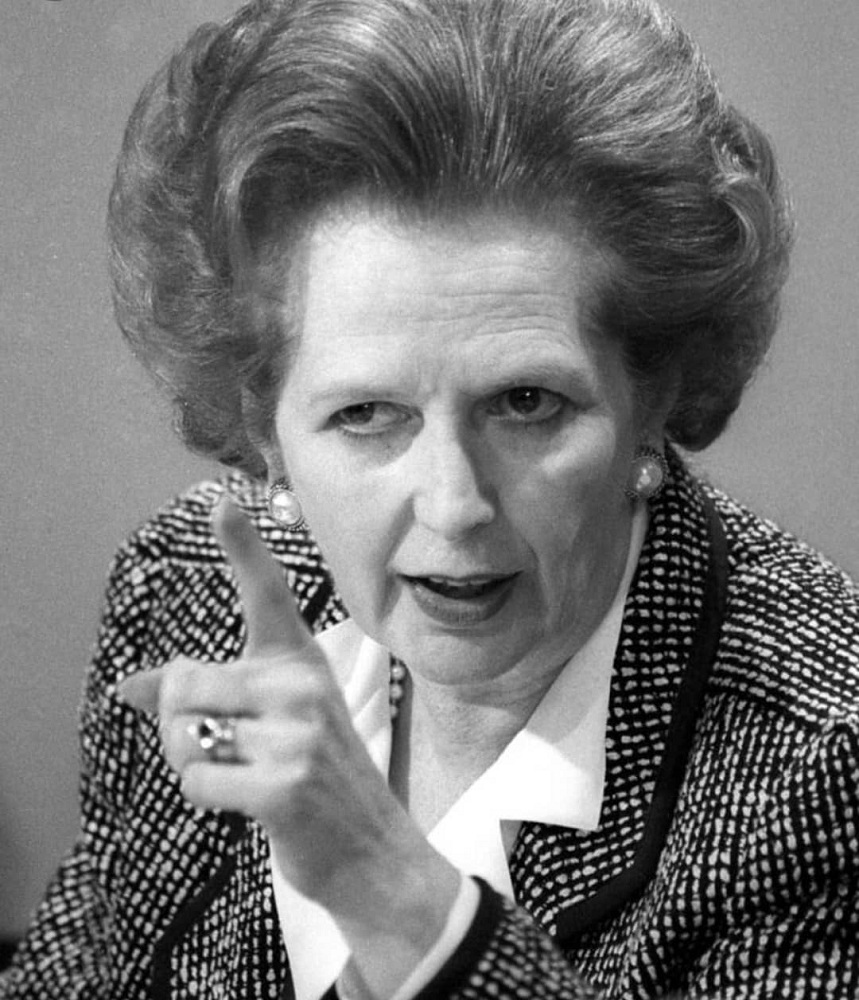 What Would Churchill Think of Thatcher?

Based on Margaret Thatcher’s memoirs, The Downing Street Years, it was clear that Thatcher respected Churchill as a politician. She believed that he was a strong leader during Second World War, had the personality to rule while still being inspiring to the people. But had Churchill lived long enough to see Thatcher’s administration as Prime Minister, how would he react?

For one thing, Churchill might have appreciated Thatcher’s grit and tenacity to do the job right. Thatcher got her foot into politics because although she wasn’t the best speaker, she was very well-prepared in her answers and was unafraid of the toes her answers may tread on – something Churchill knows all too well.

He would respect her strength as a politician, her foreign policy, and her steps to improve the British economy during that time. As a nationalist, Churchill would have appreciated her efforts to improve the country. However, she would have felt the wrath of his criticisms for some of her policies that put the working class at a disadvantage. While a lot of Churchill’s reforms went towards helping the working class, many believe Thatcher’s reforms on social welfare are the complete opposite of what Churchill did.

Churchill and Thatcher remain two of the UK’s most well-known politicians. Both have the grit to lead the UK through troubled times, taking a no-nonsense stance when they see necessary. While they aren’t totally well-liked, you can’t deny the contributions they’ve done to the UK, its colonies, and how the government today interacts with both their people and the UK’s allies.