Was Theodore Roosevelt a Better Leader Than Winston Churchill? 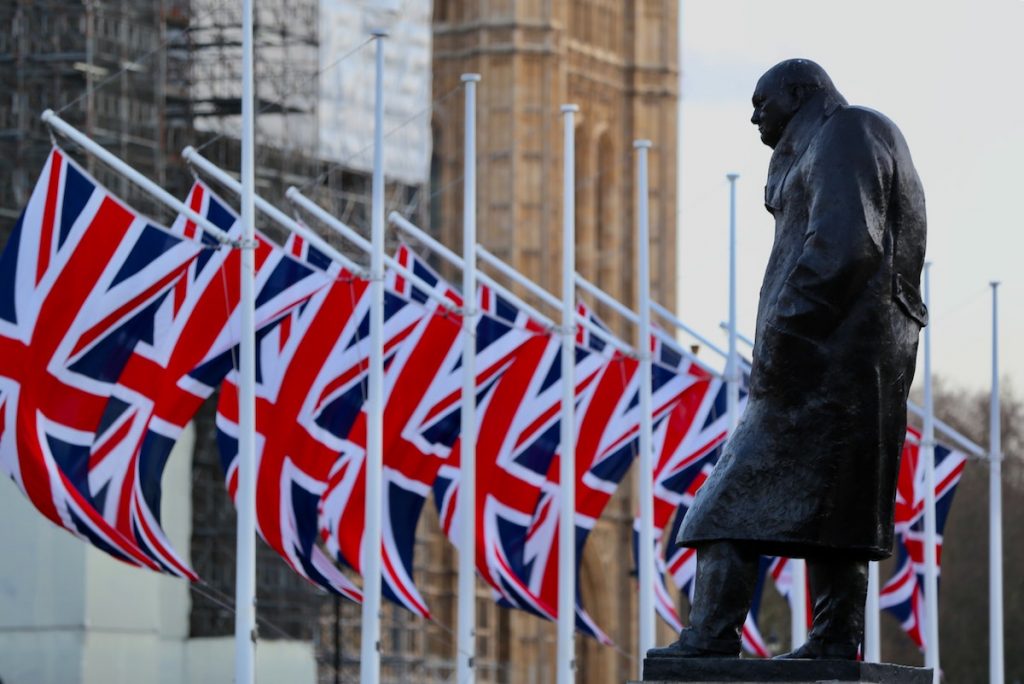 History often presents you with the opportunity to theorize which figure was a better leader.

Which general would have won if they did battle? But one favorite pastime is theorizing which famous world leaders are better than others. So today, why not take look at two of the most famous leaders in Western history.

Who is the better leader when you put Theodore Roosevelt versus Winston Churchill?

Both of them are icons in their respective countries. Both were important in strengthening US-UK relations in their eras. Both are known for their gruff personalities and their aura of strength. One is famously depicted as an avid outdoorsman, the other a cigar-smoking statesman.

See who fares better when their careers and deeds are scrutinized.

If you are to take the matter of Theodore Roosevelt versus Winston Churchill seriously, one must look at their progressions before they became famous world leaders. What was the Bulldog like before the height of Churchill’s powers? Did his rise to power affect Teddy Roosevelt’s foreign policies? A brief portrait of their pre-political lives is there for imperative. 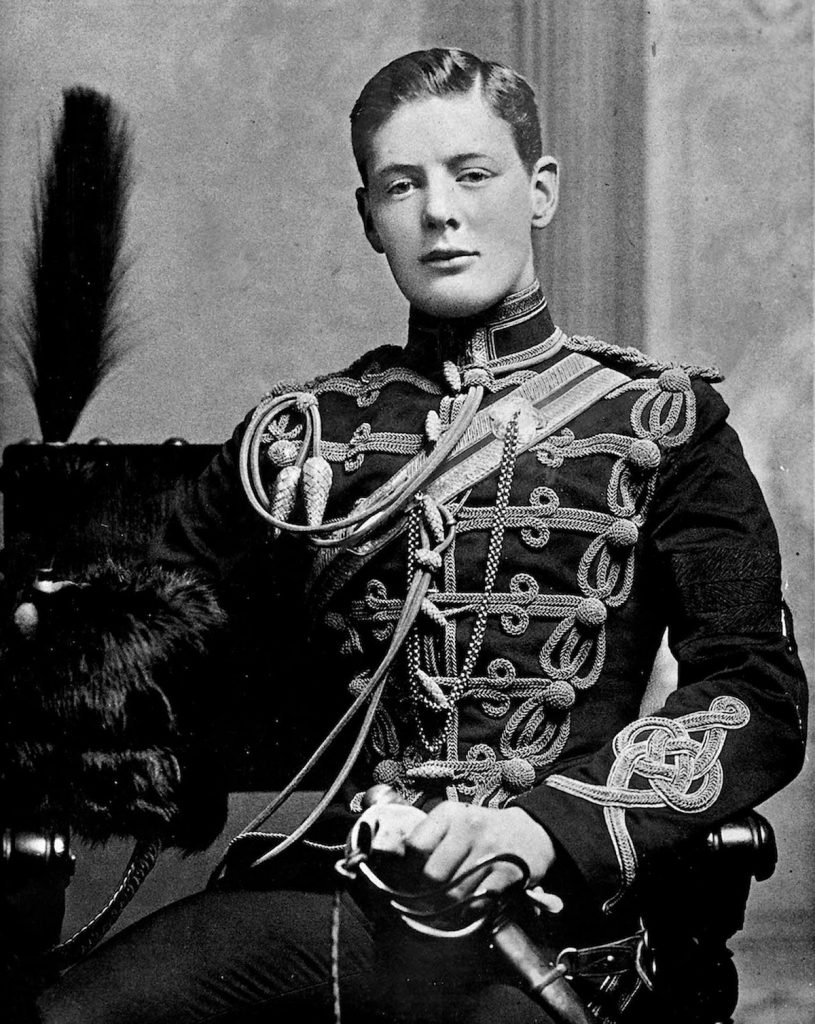 Sir Winston Leonard Spencer Churchill was born in Blenheim Palace, Oxfordshire, England on the 30th of November 1874. Churchill was part of the English nobility, through his ancestor, the first duke of Marlborough. As a child, Churchill lived a dreary life typical to the scions of the Victorian upper class. In his twenties, after three attempts, he joined the Royal Military College and also became a reporter for the Daily Graphic in Cuba.

Churchill would spend most of his pre-political days serving as both a soldier and a correspondent for various newspapers.

After Cuba, he went to India with his regiment and also wrote dispatches about the subcontinent that established him as an author. He also participated in daring exploits as a solider, most notably his stint in the South African war. During this war, Churchill was captured on a Boer attack on an armored train, but he made a daring and well-publicized escape through enemy lines. It would be these exploits, as well as the fortune that he amassed from his writings, that would help launch Churchill’s political career. 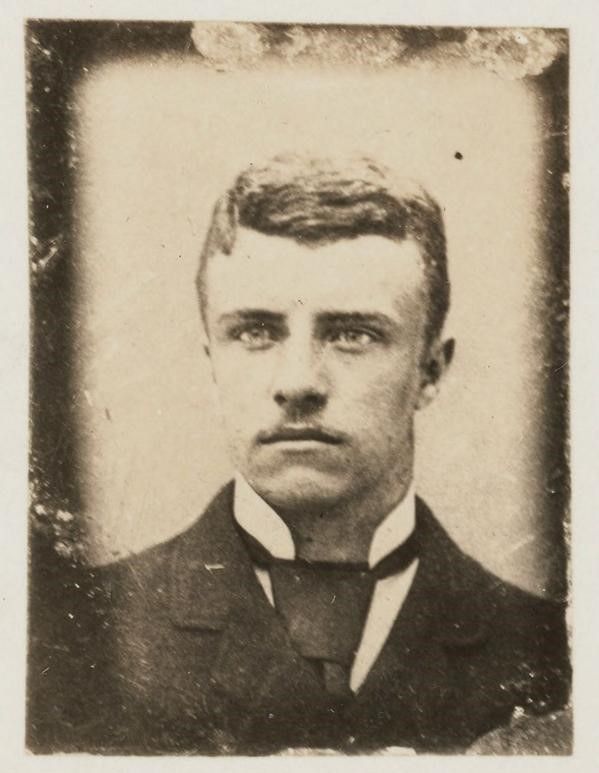 Across the Atlantic, Theodore Roosevelt was born in the city of New York on the 27th of October 1858. Although he wasn’t born into nobility, he was still from money. His father was a successful businessman and his mother was from a wealthy slave-owning family.

Contrary to his robust stature later on, young Roosevelt was quite sickly, suffering from asthma and weak eyesight. His mind on the other hand was by no means dull. He was educated by a coterie of private tutors and reportedly exhibited keen curiosity and a powerful intellect. He graduated from Harvard College in 1880 and briefly considered becoming a lawyer.

Roosevelt sought to improve his physical condition through vigorous activity, refusing to be caged by his frailty. During his early life, he would strive to be an avid outdoorsman. He pushed himself to the limits and even wrote a book called “The Strenuous Life” in which he advocated for more physicality and praised it as the key to self-improvement. This combination of mental acumen and an image of robust strength were integral in his political career later on.

In terms of their physicality, both were robust men.

Churchill served in the British military, which would have required stamina and strength as it still does today. Churchill’s height was at a modest 5’6’’, but in his prime he was strong and cunning enough to evade the Boers and flee through the Transvaal alone.

Roosevelt, on the other hand, would have cut an impressive figure at 5’10”. Thanks to his physical routines and active lifestyle, Roosevelt was reportedly the picture of 19th century masculinity. Although not affiliated in the military like Churchill, he was frequently enjoying activities typical to outdoorsmen of the time, including hunting and riding.

Now that you have an idea of what one of the legends of the 19th century and one of the leaders of World War II were like in their youth, it’s time to examine the true battlefield.

The true arena of Theodore Roosevelt versus Winston Churchill are their respective political careers and how they rose to power. 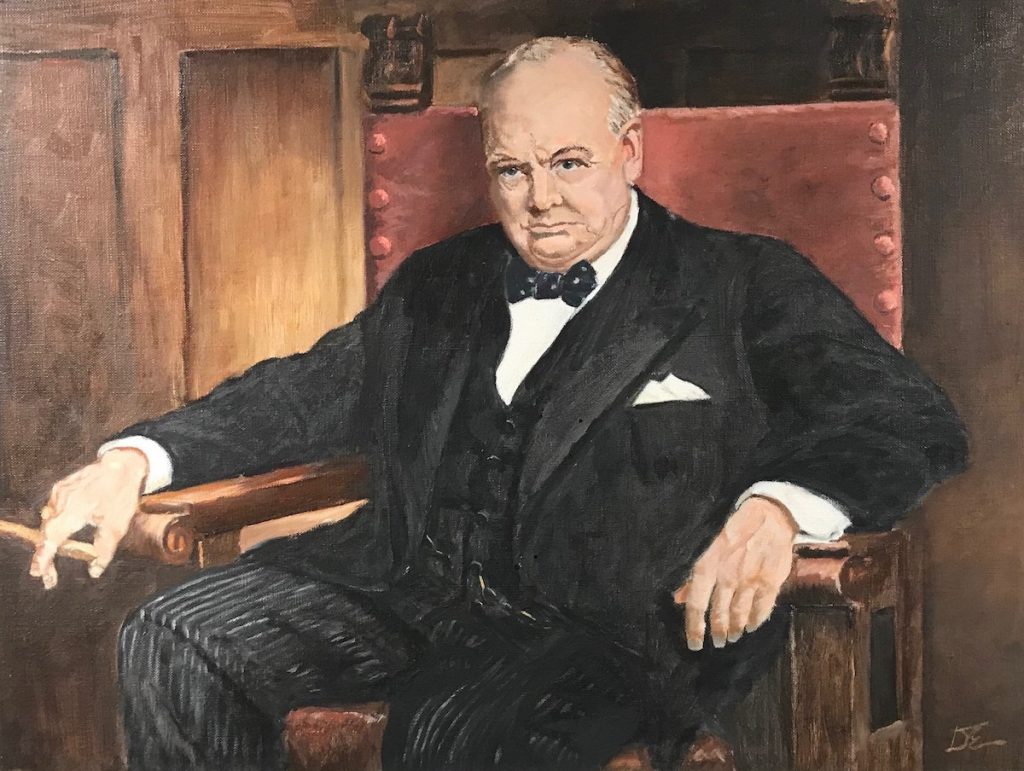 Churchill’s political career hinged on the earning he made by through his writing and going on lecture tours. His fame as an adventurous soldier helped him secure a seat in the House of Parliament as a Conservative, although he lost his first attempt. As an orator, he was known for doing excellently in set speeches, but he was hindered in debate and impromptu speaking.

Chruchill may have started as a Conservative, but he disagreed with the party’s support of a tariff. Churchill was an avid supporter of free trade and he made the bold decision to shift to the Liberal Party. It was here that Churchill found his stride and pushed for Britain to be more involved with the world at large. He argued that Britain should be more active in forging alliances and scoping potential threats to its sovereignty. In the earlier years of the 20th century, Churchill identified Germany as the most salient threat to the safety and security of Europe.

Churchill’s foresight was instrumental in keeping Britain ready through both of the largest conflicts in human history. He even briefly rejoined the military in 1950 to fight in World War I. His firebrand type of politics and impassioned speeches proved to be what the United Kingdom needed in the face of the rising power of fascism. On May 1940, Churchill became the Prime Minister, replacing the complacent Neville Chamberlain. This would become the pinnacle of his career, cementing him in history as one of the Big Three, the leaders of World War II. 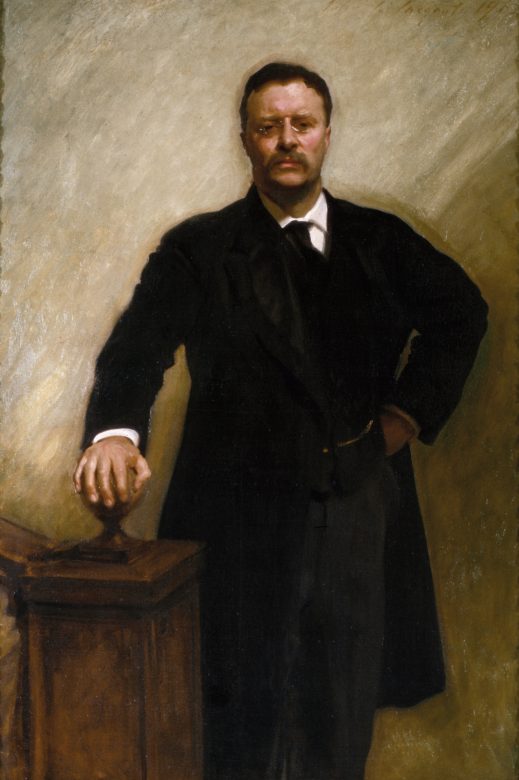 On the other hand, Theodore Roosevelt began his political career quite early, becoming elected as a Republican representative of New York’s stat assembly at the age of 23. His career would be derailed for two years, after his wife and mother died on the same day. After a few years away from New York, he made lost the 1886 mayoral elections of New York.

After serving as a police commissioner and an assistant secretary of the navy, as well as fighting in Cuba during the Spanish-American War, Roosevelt returned to form by being elected as governor of New York in 1898. He was staunch reformer with a moral backbone, hacking away corrupt officials and regulating corporations. He was elected vice president, serving alongside President McKinley. Roosevelt had been pigeonholed into the mostly ceremonial office by senior Republicans who disagreed with his policies. But this all backfired when McKinley was assassinated. Roosevelt became the youngest president of the United States at the time.

As president, he gave rousing speeches with the goal of making the American public more conscious about their country’s role in the world at large. He fought against political corruption in every level and sought to curb the power of railroad tycoons. Roosevelt also appreciated capability over connections, appointing college-educated people to key positions in his administration. Roosevelt also used his powers as president to greatly expand the nation’s national parks for he was a dedicated conservationist.

In terms of their foreign policies, comparing Theodore Roosevelt versus Winston Churchill would show they were very much alike. 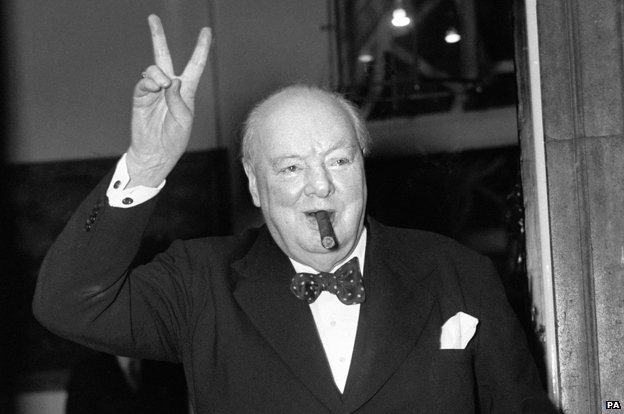 Churchill advocated for Britain, then an empire quickly on its way to becoming vestigial, to be more involved in world politics. He pushed for the strengthening of the nation’s legendary navy in the face of German expansionism. He advocated for a strong, central leadership and a country that was not afraid to flex its political or military might when needed. Aside from a strong military, he also advocated for a better  British economy. At a time when the value of the shilling fluctuated wildly due to war, his policies for trade would help restore the country to fighting strength. 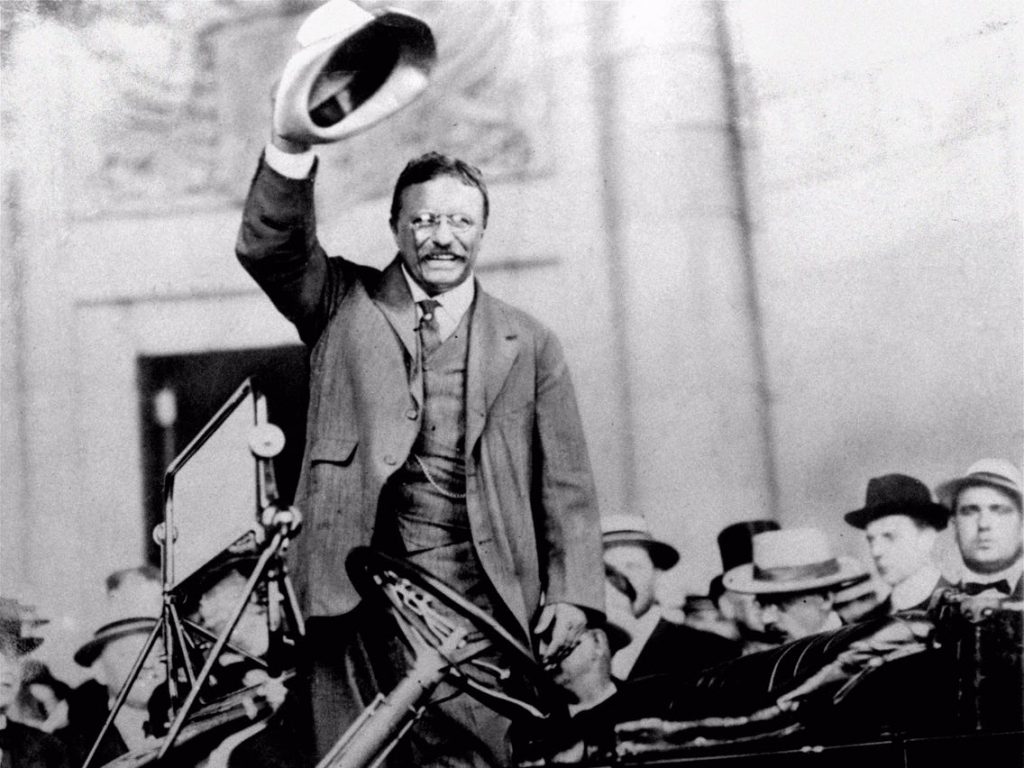 Theodore Roosevelt’s foreign policies exemplified all these things as well, albeit a few decades earlier. His foreign policy is most famously known as the Big Stick policy. Roosevelt is attributed with saying that the key to successful diplomacy is to speak softly while carrying a big stick. This translated to making courteous request to other world leaders while making them intensely aware of the military and political might of one’ own nation.

Teddy Roosevelt’s foreign policies were equal parts a show of strength and a show of restraint. The goal was not to intimidate other countries but just to make them aware just who exactly is speaking to them.

Both of these famous world leaders wanted to make their powerful countries more active in the world, though not in expansionist means. They both wanted strong central governments that could operate swiftly and with authority but were against fascists. In these matters, Roosevelt and Churchill would have both agreed.

Who Was a Better Leader?

So the final question of Theodore Roosevelt versus Winston Churchill is who was the better leader? Who would win when their deeds and policies are stacked against one another? No doubt both of them were formidable politicians and inspiring orators. One oversaw America’s transition from the 19th century and whose actions have far-reaching lengths on American wildlife and business. The other was one of the fiercest leaders of World War II who saw battle and ushered his country though war and privation.

The only acceptable answer would be to let each person judge for themselves.