The Origins and History of the Penny-Farthing Bicycle 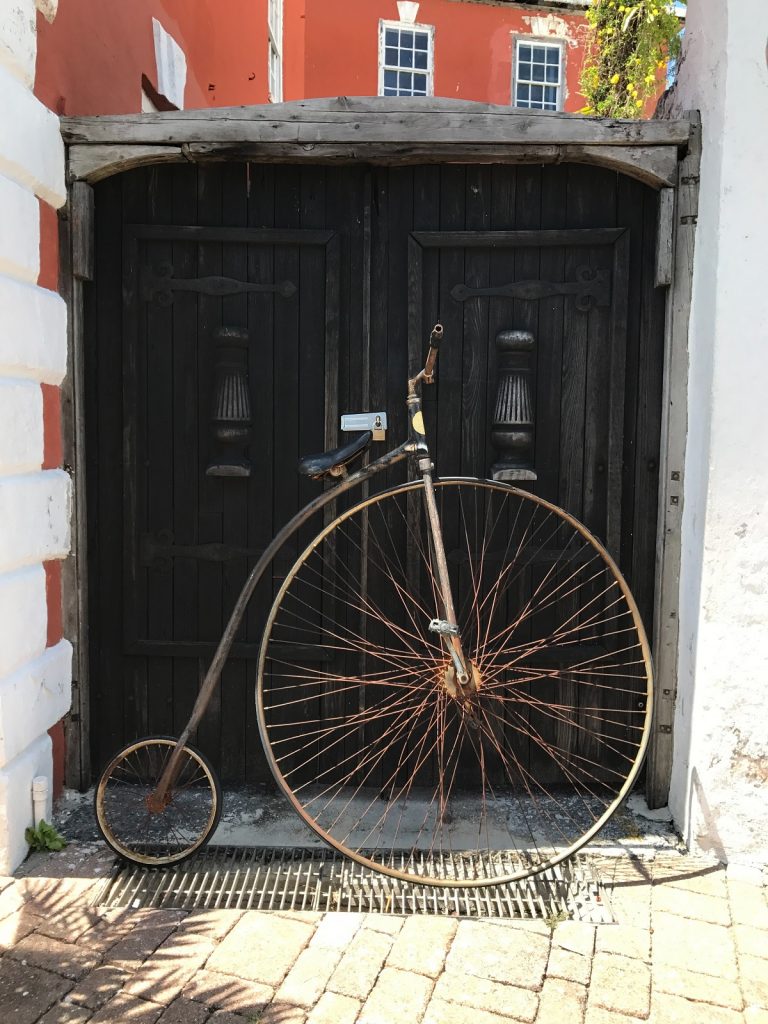 A student of history or an enthusiast on antiquities has many questions. These questions can range from how much was a shilling worth prior to decimalization to what were clothes like in the Edwardian era. One important question you may ask yourself is “how did people get around before the invention of cars?”

When people think back on the Victorian era, to the early days of Churchill’s career, you probably imagine people traveling on roaring steam-driven trains, inside sleek horse-pulled coaches and riding atop the monstrous and unsafe-looking penny-farthing bicycle.

But where did the penny-farthing bike come from? And how did it get its interesting currency themed name?

What is the History of the Penny-Farthing Bike?

In the Victorian era, streets were already getting particularly congested, especially in the cities. The crush of carts and carriages ensured that traffic can slow down to a grueling pace. Meanwhile, out in the country, people either had to walk or hitch a ride if they didn’t have their own horse and carts. As Aesop said, necessity is the mother of invention and several Victorian-era inventors stepped up to the plate.

One of the first prototype bicycles didn’t even have just two wheels. They were called velocipedes and some of them featured three or even four wheels. Their designs made them very bulky and difficult to maneuver. In the 1870s, a French inventor named Eugene Meyer developed the first high bicycle or penny-farthing.

The penny-farthing bicycle had two wheels, with a seat attached near the apex of the larger front wheel. Unlike later models of bicycles, the penny-farthing did not use a chain or gear combination to propel itself. Instead, it used your direct energy yon the pedals.

Why is it Called a Penny-Farthing Bicycle? 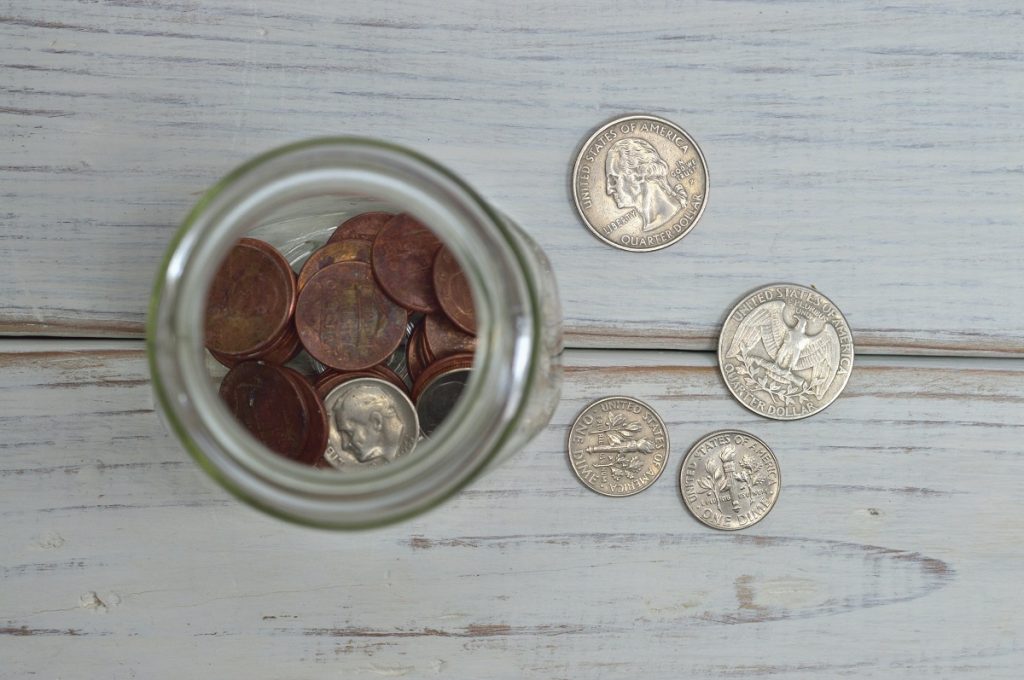 The penny-farthing bike did not have a chain-and-gear combination to make it move master with lesser effort. Instead, the biker directly propelled the wheel with their legs. This is why the seat of the bike was located at the apex of the larger wheel. The smaller wheel at the back provided balance and control to the penny-farthing.

The contraption was officially known as the high bicycle but was christened the penny-farthing bicycle by the good people of the United Kingdom. The name comes from how great the size difference was between the front and back wheel of the bike.

Prior to the decimalization of British currency, the country was inundated by an astounding variety of coins such as the silver crown and the golden guinea. In most decimalized currencies, the smallest unit of render is the penny, representing 0.01 worth of the standard unit. In the United Kingdom, that was the penny. However, in the Victorian era, the penny could be further divided into farthings, which were worth one-fourth of a penny. The size difference between a penny and a farthing was similar to that of the high bicycle’s wheels, hence its affectionate alias.

What Happened to the Penny-Farthing Bike? 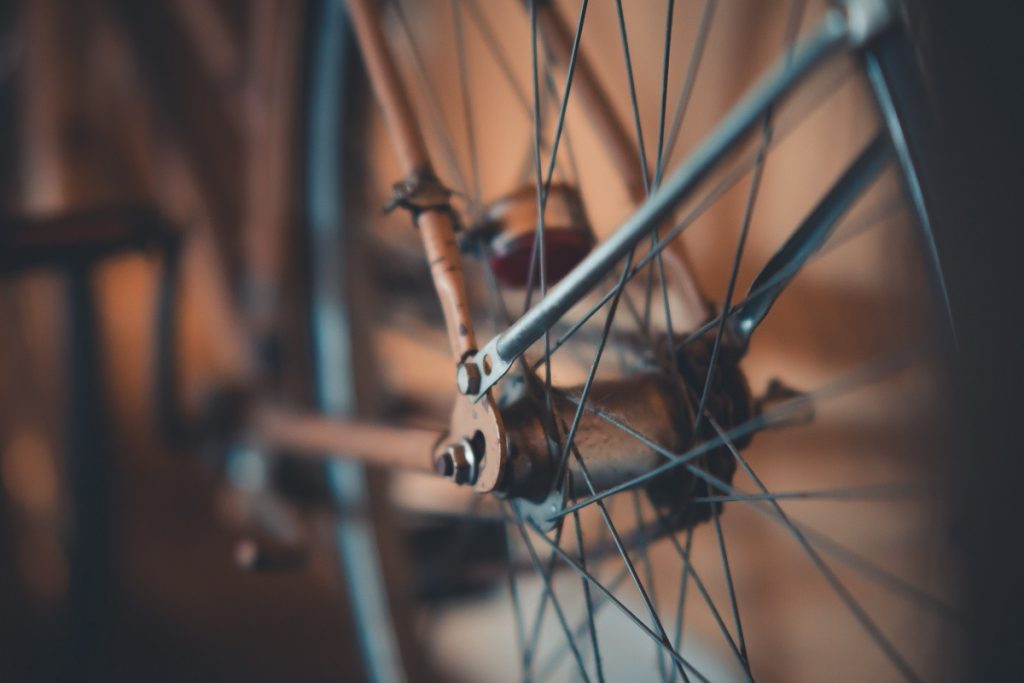 As unique as the penny-farthing bicycle’s design was, even a cursory glance will reveal that it is by no means the most comfortable or safe configuration for a device on two wheels. Although the penny-farthing bike was popular for over ten years, from the 1870s to the 1880s, it quickly declined due to the emergence of other contraptions.

Newer bicycle designs used pneumatic tires which lessened the discomfort of bumps on the road. Unlike the penny-farthing, newer bicycle models used the chain-and-gear propulsion system you’re familiar with today, meaning cyclists didn’t have to exert themselves as much to get going. This meant that the front wheels of new bicycles did not have to be as big as a penny-farthing’s. As a consequence, their seats were much lower to the ground, making painful falls less likely.

Because of these new designs, which featured more comfort and less likelihood of strain or injury, the penny-farthing bicycle fell into obscurity and then obsolescence.

How Much is a Penny-Farthing Bicycle Worth?

All bicycles were conceived to provide pedestrians with a cost-effective alternative to owning a horse and carriage. The upkeep of a horse was enormous, as was the initial price of acquiring such a useful beast of burden. However, the metal and superb construction of a penny-farthing made it an expensive alternative indeed.

One source estimated that a bicycle in the Victorian era was worth between 6 to 9 quid. This is a considerable expense, given that few people could earn more than a few hundred pounds in a single year. A brand-new bicycle in the 19th century could even be worth as much as £12, thanks to complicated parts and new designs.

Today, the penny-farthing bicycle is no longer in use, but it’s still considered a colorful piece of history. Well-preserved specimens can even be worth a small fortune. One penny-farthing was estimated to be worth £3,000. Although it’s no longer in style, the high bicycle can still change lives, even if it’s only through their sale.