Do you know what happens when the queen dies? You might be surprised to know that, as early as the 1960s, each minute has already been meticulously prepared.

When Elizabeth II’s father, King George VI, died in 1952, government officials who learned of the news referred to his death as “Hyde Park Corner” while on the phones so that switchboard operators wouldn’t find out and leak the news. Later on, Operation “Tay Bridge” was used for The Queen Mother’s funeral as well the basis for the Princess Diana’s. There’s also an Operation “Fort Bridge” for Prince Philip and Operation “Menai Bridge” for the Prince of Wales.

For Elizabeth II, who has been a powerful figurehead since 1952 and currently the longest reigning monarch in British history, her plan is called “Operation London Bridge.” Upon her death, her secretary would inform the Prime Minister and the heads of state of the Queen’s commonwealth before anyone else, including her family. Following this, the plan covers the next 12 days and all possible contingencies as they hold Elizabeth II’s funeral while immediately getting her heir, Prince Charles, on the throne.

These contingency plans were made for the important members of the royal family to follow royal protocol and host a funeral befitting of their status. However, in the span of modern British history, only one person outside the royal family was shown the same treatment and given the same meticulous planning years before his actual death: Sir Winston Churchill, whose own plan was code-named Operation “Hope Not”.

Churchill was an iconic leader who, as a politician, army officer, and later on Prime Minister, led the country during its turbulent times. In 1953, 12 years before his death, he suffered a major stroke but survived it. However, this caused concern over what his funeral would be, especially given how much he has contributed to the United Kingdom’s survival. Queen Elizabeth II, one of the few who was aware of Churchill’s stroke, insisted that funeral plans be made should the time come Churchill passed away. 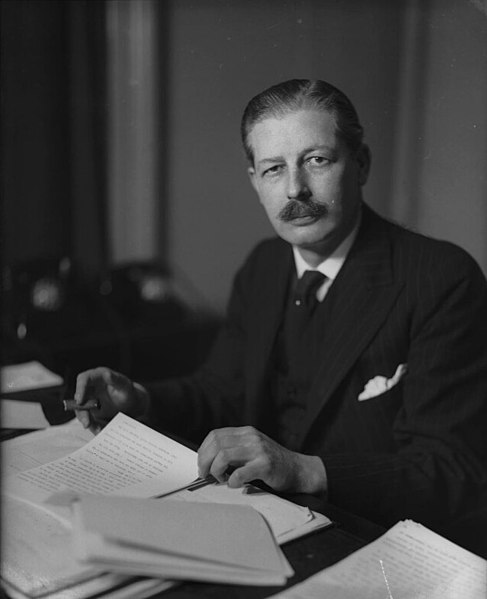 It took five years to build a fully-detailed plan that was over 415 pages long. The Prime Minister at the time, Harold Macmillan, took an interest in the plan and helped create the first draft entitled Procedure on the Death of Sir Winston Churchill. It was kept a highly confidential document and renamed “Operation ‘Hope Not”. Officers were restricted from sharing the document from the press or anyone outside of the office from getting their hands on “Hope Not,” which was kept securely locked.

The committee responsible for creating “Hope Not” was the Duke of Norfolk. However, the plans had to change several times since Churchill would survive for 12 more years after his stroke. Because people close to Churchill and logistics were constantly changing, the plans kept being revised until Churchill’s in 1965. In fact, Lord Mountbatten (Prince Philip’s uncle), said that as Churchill kept living, the pallbearers kept dying.

Churchill Planning His Own Funeral

With 12 years to plan, the funeral was a momentous event with logistics and grandeur that rivaled that of royal family members. “Hope Not” was planned down to the second, with music and gun seconds timed exactly right.

While Churchill was aware of the plan, he left most of the planning to the committee. Originally, he planned to be cremated and have his ashes buried in his own home, next to his dogs. However, when Queen Elizabeth II insisted on the plan, he asked the people in charge of the planning to put lively hymns and several military bands. Churchill also requested that his body be transported from St. Paul to the Thames via the London Waterloo station.

Because he was given a full state funeral, he agreed to be buried in St. Martin’s Church at Bladon, a more respectable graveyard befitting his position. He would eventually be buried near his father, Lord Randolph Churchill.

Apart from Churchill’s family, the royal family, prominent politicians, army officers, the press, and other representatives of Churchill’s affiliated organizations were present. Representatives from 110 nations were present, while over a million watched the funeral procession live. A. Warren Dockter estimates that around 350 million people around the world watched from their television sets.

Churchill died on January 24, 1965, but was laid to rest six days later. His body was lying in Westminster Hall in the Houses of Parliament before it was carried to St. Paul’s Cathedral for the funeral. The procession paid homage to Churchill’s life by passing through major landmarks of his personal and political life.

Copies of Operation “Hope Not” were kept in national archives across the United Kingdom. After a 30-year secrecy policy, the documents were released to the public in 1995. Since then, the authentic copies of “Hope Not” were either auctioned off, kept by private collectors, or remain in the hands of the government.

A Show of Tribute, Not Logistics

Churchill’s funeral was a spectacular event befitting the life he had lived for his country. Despite the controversy surrounding him, there was no doubt that Churchill was an Englishman who did what he thought was best for his country and democracy.

But what mattered was not the grandeur of the funeral or comparing his funeral plans to that of any royal family member. In his paper entitled “Winston Churchill’s Funeral was 12 Years in the Planning,” Dockter puts it eloquently: “The success of Operation Hope Not was a triumph of planning. But more than anything it was a fitting tribute to the prime minister who helped save the world from fascism – and whose legacy endures today.”

The point of Churchill’s funeral was not about showing the might of the British government and everything they could do for one of their most decorated politicians, but to show tribute for Churchill’s contribution for their nation. While he himself was not part of the royal family nor was there an issue regarding his succession upon his death, his funeral was meant to be grand in order to reflect who he was when he had lived.