Winston Churchill played a significant role in modern UK politics. As a decorated army officer during the troubling times of World War II, a writer and speaker whose Iron Curtain speech had ultimately predicted the Cold War, and a Prime Minister who carried the United Kingdom through its troubled times, it’s no surprise that he’s one of the more memorable English politicians in the whole world.

But in terms of net worth, how wealthy was Winston Churchill anyway? The son of wealthy aristocratic parents and a member of Britain’s highest circles, one would assume that Churchill had wealth that was much closer to the Royal Family than the average working citizen. But the truth about his net worth may actually surprise you.

Winston Churchill was born at Blenheim Palace in Oxfordshire. This was the Churchill and Spencer-Churchill Family’s ancestral home constructed in the early 1700s after Churchill’s ancestor, John Churchill, 1st Duke of Marlborough, was rewarded the palace after his triumphs in the Battle of Blenheim. For over 300 years, it served as the Churchill ancestral family home, mausoleum, and later on a national monument.

His father was Lord Randolph Henry Spencer-Churchill, a British statesman and the third son and fifth child of John Spencer-Churchill, 7th Duke of Marlborough. His mother was Jennie Jerome, a socialite from the Untied States. Because of his grandfather, Churchill was born into the elite circles of the government.

However, don’t let the giant ancestral home, titles, and the seemingly wealthy families fool you. Blenheim Palace may have been big, but most of the costs that went to building it came from the Crown. The actual gift was not the palace itself, but the land it was built on. Construction began in 1705, but the 1st Duke of Marlborough required financial support from Queen Anne to finish construction. When the Crown cancelled their financial support in 1712, construction became an on-off project, which is why historians can’t be sure when construction actually finished. However, it can be deduced that construction ended before 1722.

According to biographer Sebastian Haffner, Churchill’s parents were considered wealthy by the average citizen, but those who were wealthy saw the Churchill family as significantly less wealthy than the people within their circles. Randolph Churchill and Jennie Churchill were constantly living beyond their means and often went into debt.

Churchill was the first-born son, which meant that, by the inheritance laws of Great Britain at that time, he would inherit everything his father left behind. However, Lord Randolph was the third son and fifth child, putting him way back in the line of inheritance from his own father, the 7th Duke of Marlborough. Lord Randolph was an accomplished statesman, but to maintain his wealthy lifestyle, he had to marry a woman with a good social standing and family money of her own. Jennie Churchill’s parents made money through finance. While she and Lord Randolph were engaged three days after meeting, the marriage was delayed for several months due to negotiations between their parents.

Because Churchill wasn’t independently wealthy, he was required to work for a living. After his father died, he had a modest inheritance, but it was not enough to keep up the lifestyle he was accustomed to. During his early days in the British army, Churchill worked as a journalist, book author, and writer. According to Oxford history scholar David Lough, Churchill tried to make money out of writing, but it wasn’t enough.

Churchill had plenty of money left from his inheritance, his rising political career, and his writing sideline. However, like his parents, he was always living beyond his means and frequently went into so much debt that, on many occasions, he neared bankruptcy. According to Lough, this was to keep up appearances as the descendant of an influential family as well as to further his own political ambitions.

Churchill was quoted saying: “My tastes are simple: I am easily satisfied with the best.” As a chain-smoker, Churchill was lucky to have wealthy friends who sent him cigars, Champagne, and other luxurious gifts. These were helpful in keeping him and his wife, Clementine, afloat, as he would squander his earnings on alcohol, gambling, suits, servants, and other significant assets. In 1949, Churchill’s household went through over a thousand bottles of high-end booze.

Churchill would take vacations in the Bahamas, the Mediterranean, Normandy, and other extravagant vacations around the world. He would blindly invest in stocks in the American market, thinking it would earn him more money to spend.

Any attempt to pay his debts would only lead to debts growing bigger and bigger. While he has never been in so much debt that he had to declare bankruptcy, he was always edging too close towards that fine line. To continue his spending, he once took out a bank loan worth what is $2.1 million today.

He would rely on his political allies and wealthy friends to bail him out. He would avoid tax collectors and paying taxes, and he would accept gifts and loans from people attempting to lobby him, who was then a powerful politician at the time. This may seem underhanded, given the standards of today’s politicians, but at the time, this was considered normal for politicians in his time. 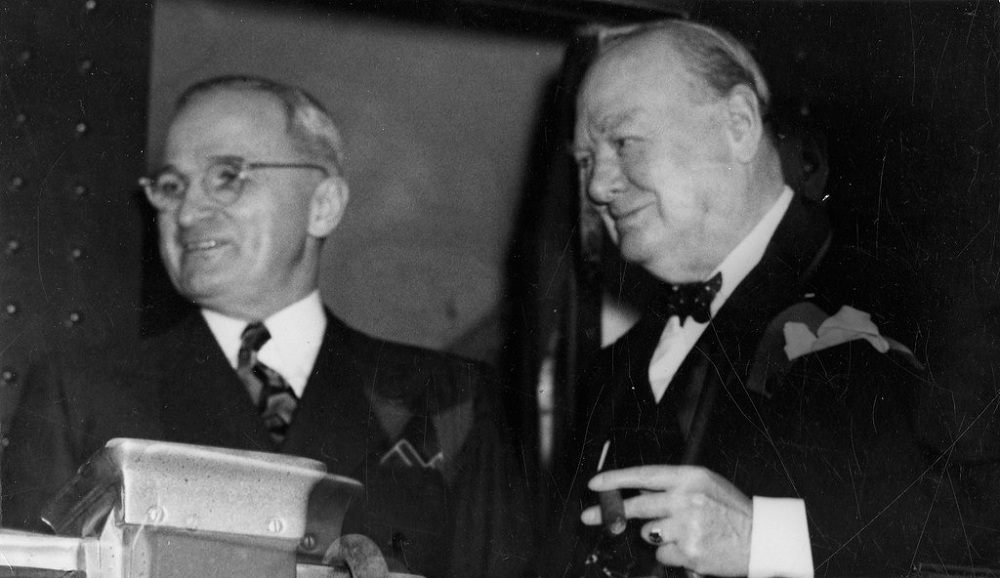 Getting Out of Debt

After years of getting heavier into debt, Churchill got his break in 1921. At the age of 46, he was left $5 million from a late relative. At the time, he had a debt of around $3 million and could have been debt-free. However, he used nearly all that money to buy a Rolls Royce, a country house, and went gambling in France.

Churchill didn’t escape debt from his late relative’s money, but by his career. As prime minister, he lived in inexpensive government residences where everything was paid for. After World War II, he wrote history books, memoirs, and used his celebrity to earn so much money that he was able to finally pay off his debts.

By the time Churchill died, his name was free of debt and he had a net worth of approximately seven million dollars. This was distributed to his relatives and surviving family members. However, if you took the most he’s been in debt and use today’s inflation, he would need to pay almost $4 million today.