A Brief but Comprehensive Guide on the Edwardian Era 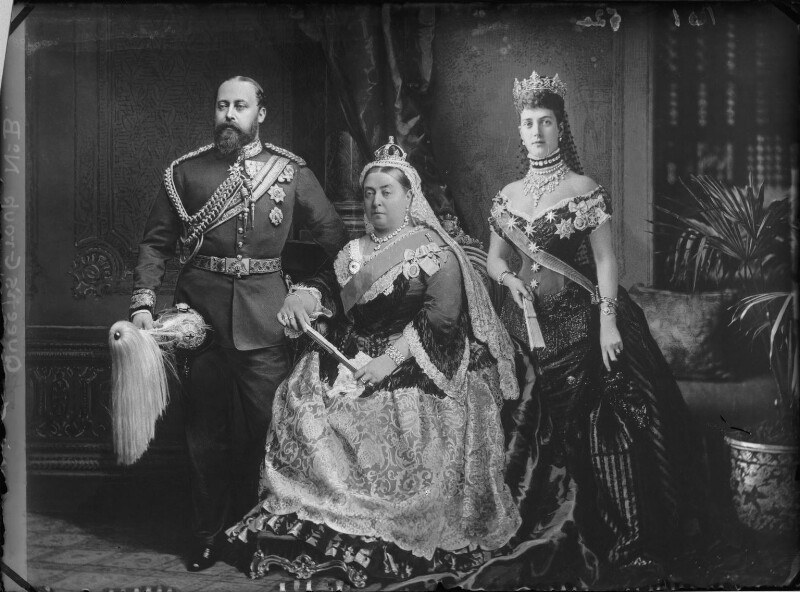 Winston Churchill lived through the reigns of four monarchs. Two of these monarchs were particularly long-lived queens: esteemed Victoria herself and the incomparable Elizabeth II. However, in his youth, Churchill honed his political and writing talents under the reign of a different monarch.

The Edwardian Era was a relatively short period of British history, but it was still the era of many important moments. During this period while Churchill was still coming into his own, Roosevelt was already in power in America. But what was the Edwardian Period? What was like life in Edwardian England? And what were the hallmarks of Edwardian fashion?

Today, you will learn about this brief and interesting epoch in British history.

What Was the Edwardian Era? 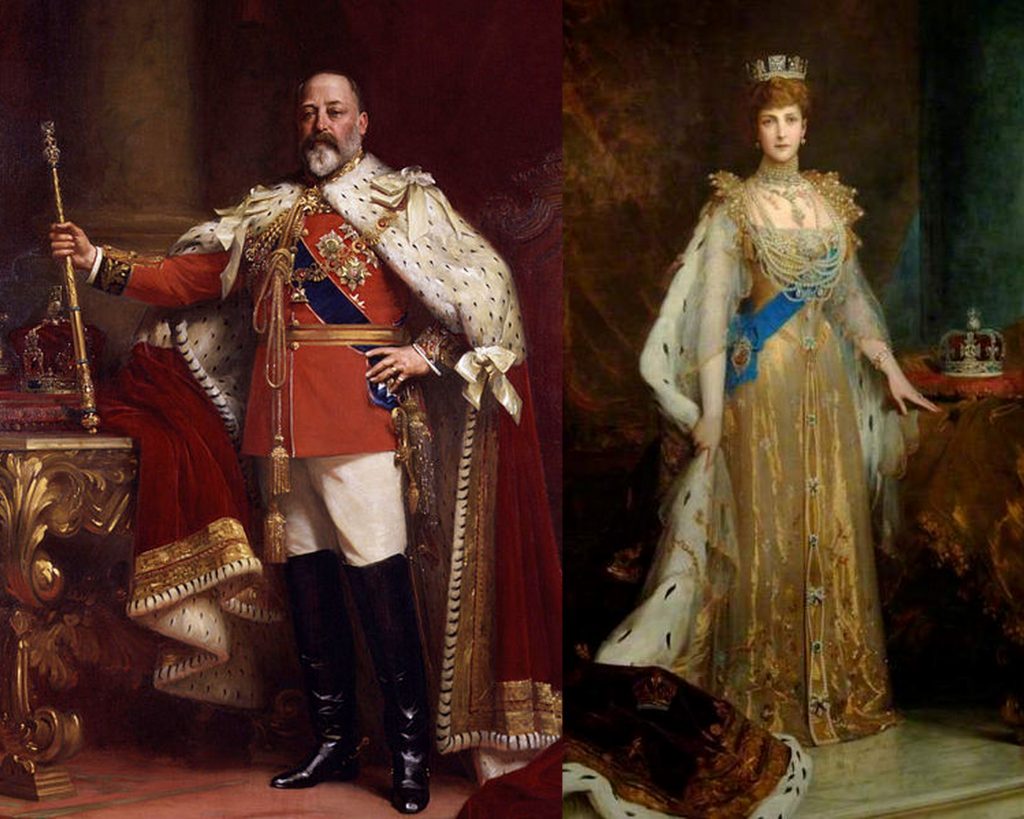 The Edwardian Era covers the brief but historically significant reign of King Edward VII. Edward ascended the throne of the continent-spanning and oppressive British Empire when his mother, the indomitable Queen Victoria, first Empress of India, died on January 1901.

Victoria was a very long-lived queen, having lasted 82 years and reigning for 64 years. Edward was 59 years old during his coronation. Already advanced in years by the time he became king, it wasn’t surprising that his reign was a short one. Edward VII passed away in May 1910, not even a decade after his coronation.

The Edwardian Period was defined by momentous leaps in societal, creative and technological advances heralded by the dawning of a new century. Countries changed, maps were redrawn and science progressed at an amazing rate.  In this short period, however, international tensions increased, leading to the sparks that would eventually become the First World War. Some historians have extended the era to include the beginnings of this global conflict because much of its origins stemmed from the period.

Edwardian England was a nation ins flux, still in the primacy of its empire but facing division and change within its orders. It was the last period to be named after its sitting monarch. 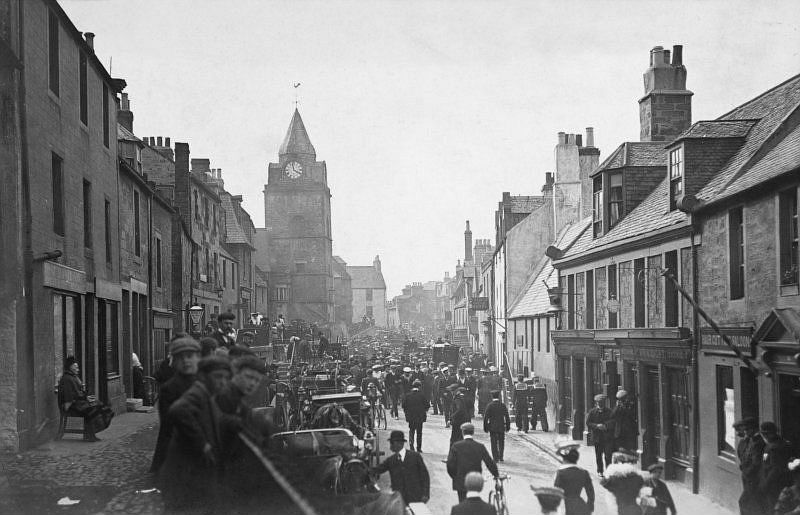 British politics was in turmoil at the time of Edward’s reign and much of the Edwardian Era was steeped in conflicts both large and petty.

In terms of petty conflicts, the Conservative, then called the Unionists, were already butting heads with the Liberals of the time. For decades prior, the Unionists enjoyed almost hegemonic power over the politics of England. However, during Edwardian Period, the Liberal party managed to pass multiple legislations frowned upon by the Unionists. These legislations include minimum wages, reasonable work hours and free trade rules. This conflict came to a head during the final months of Edward’s reign. Edwardian England found itself in a deadlock over a Liberal budget, blocked aggressively by their Unionist Colleagues. The deadlock was not resolved in a timely fashion and the monarch died before the matter could be settled.

In large conflicts, it was during this time that Britain launched the Second Boer War. In this conflict in Africa, Churchill rose to fame for his writing and his daring acts. It was an unabashed display of the brutal power of the British Empire and such brutality was the standard of the time.

In the home shores, the previous and highly acclaimed reign of Victoria had elevated the power of women. The Suffragette Movement, already decades old at this point, was still in full swing, with women demanding the same basic rights as men. The Edwardian Era was full of small riots and demonstrations headed by women bearing placards demanding to be recognized by the law as human beings rather than furniture. It was an alien concept to a depressingly large number of people at the time.

International tensions were also at an all time high. Edwardian England was at the flush of its powers, but on the continent its main rival was no longer France but the newly unified German Empire. Across the ocean, the United States had also come into its own power, occupying key positions around the world that both European powers greatly coveted. It was this confluence of domestic and international tension that would set the stage for World War I.

Today, the field of fashion history is finally starting to gain the respect it rightfully deserves as a scholarly and historically important pursuit. Edwardian fashion serves as a perfect window into its period of origin. The advances in manufacturing and sewing technology at the time allowed people access to more clothes.

Articles of clothing that once cost pounds and had to be saved up for months could now be bought with the purchasing power of a shilling. Factories and workshops were continuing the evolution of mass production that began in the Industrial Revolution. Take a look at what defined the fashion of the Edwardian Period. 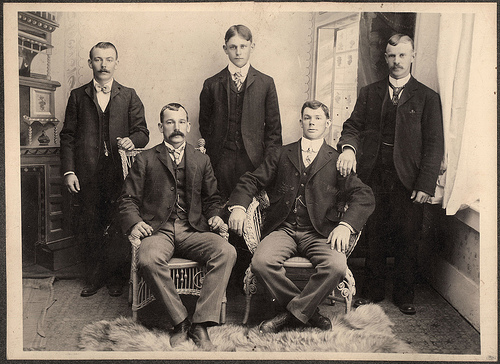 Outside of hard labor, men of the Edwardian fashion dictated that men wore elegant three-piece suits. These ensembles were comprised of a suit jacket, trousers and a waistcoat worn over the undergarments. The quality of the suits depended on the capital of the purchaser.

The shirts worn by a man were supposed to be white with smooth round collars. Accessories included neckties, although bowties were also acceptable. Most men also retained the Victorian tradition of never going about bareheaded. As such people wore bowler hats with the derby hat another popular choice.

When it was hot, men of the Edwardian Era could switch to linen or flannel clothing, which were lighter fabrics. Straw boaters were also acceptable substitutions for bowlers and derbies. 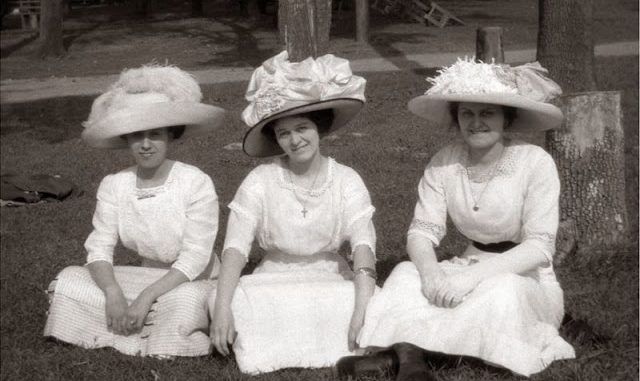 Edwardian fashion for women were still tailored to the wearer. The silhouette of the era rounded the torso of the wearer before cinching sharply at the waste. The skirts would then flair out in a bell shape. The sleeves would puff out at the shoulder before fitting closely to the arm. Massive hats and large hair styles were all the rage at the time.

Evening wear was more liberal. The necklines were permitted to drop lower, often displaying the décolletage of the woman. Evening gloves were still in rotation and would not be removed from style for decades. The upper-class women were beginning to favor beads and feathers to decorate their hair, a foreshadowing of the fashions of the Roaring Twenties yet to come.

Perhaps the most quintessential image of a fashionable woman in Edwardian Era is the Gibson Girl. This woman was popularized by the illustrator Charles Gibson, who sought to soften and curb the burning feminism of the suffragettes at the time with a more calming depiction of womanhood. Although women did follow the clothing Gibson sought to impose, they did not calm down at all.

Highlights of the Edwardian Period Around the World

The Edwardian Era was not simply confined to the shores of Great Britain. Momentous occasions arose in distant shores. But in the Western hemisphere, here are but a handful of the greatest achievements that happened during the Edwardian Era. 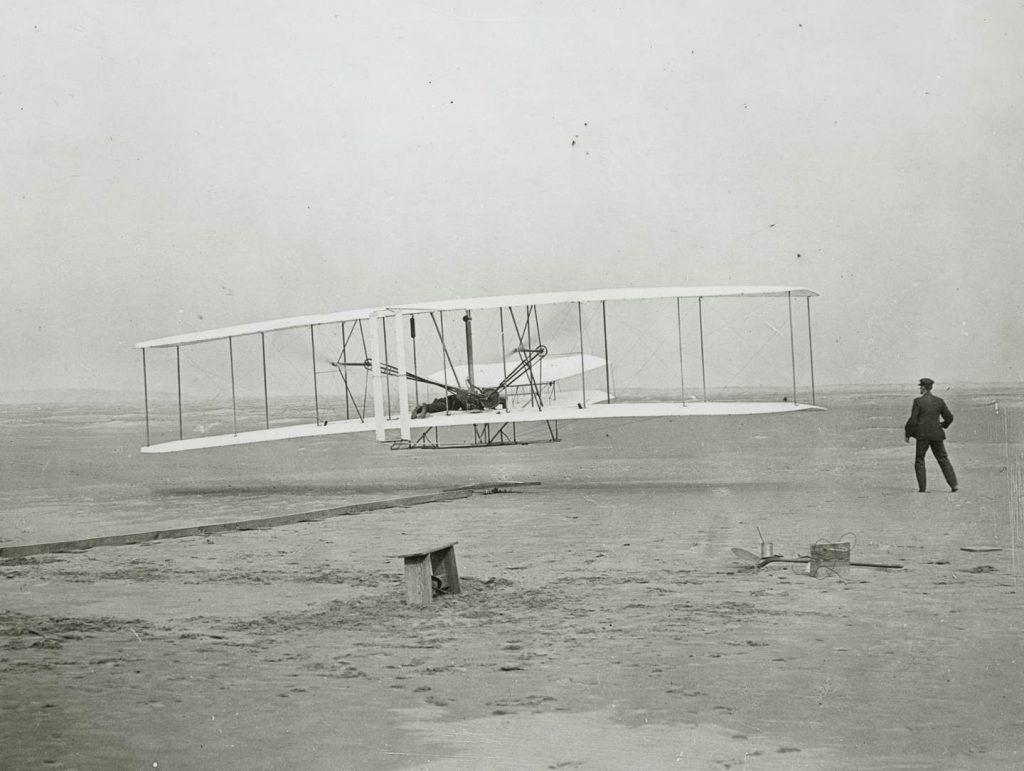 During the first few years of the Edwardian Period, mankind finally realized one of its dreams by breaking the surly bonds of earth. In a dusty field in North Carolina known as Kitty Hawk, the Wright Brothers achieved the first powered flight. Undoubtedly, this achievement changed the course of history, affecting warfare and of course travel. Although when the Wright brothers’ first plane flew only 10 feet above ground in 1903, in less than 20 years they had already been weaponized for war. 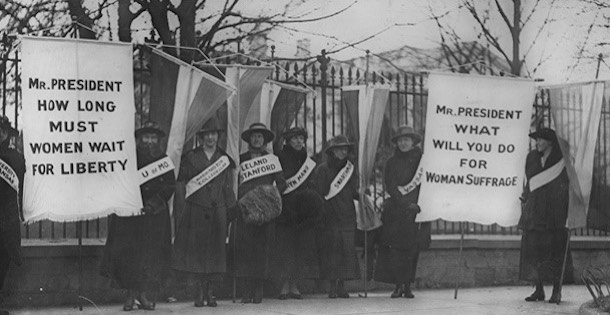 Women’s suffrage did not just bloom on Edwardian England. In the United States, women were also campaigning for their right to vote and be recognized. Although the period would be marked by two devastating losses to the movement, namely the deaths of Susan B. Anthony and Emily Pankhurst, they would eventually win a decisive victory in 1920. 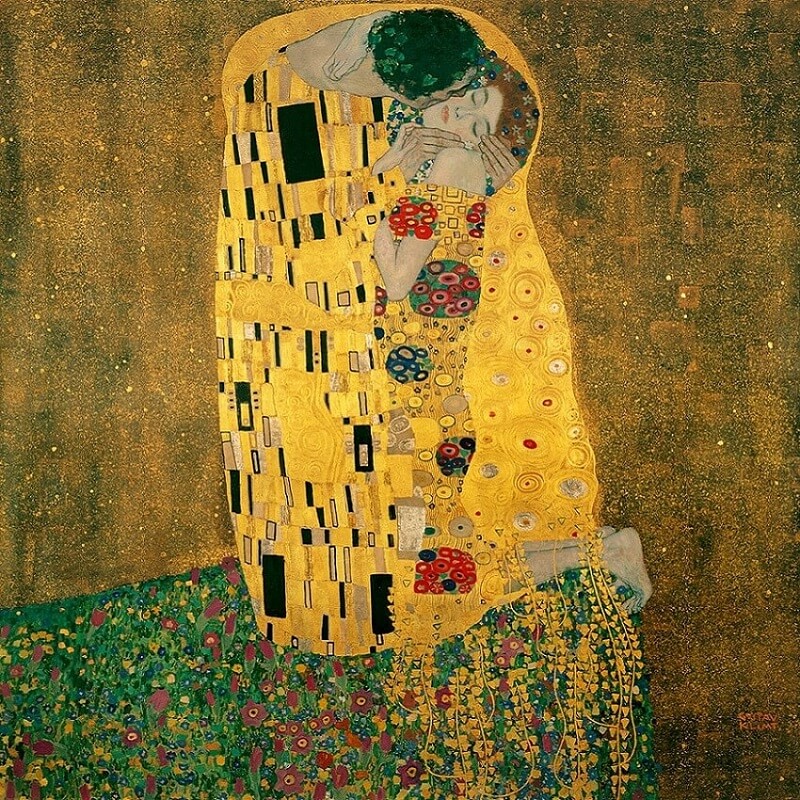 One of the greatest triumphs of the Edwardian Era was the advent of Art Nouveau. This highly stylized art form favored muted colors for ethereal shapes and lines, delicate and sensual curves paired with dramatic colors. This art form is most known from the works of artists like Gustav Klimt. Each piece evokes a subtle and dream-like quality so pervasive in the era.

The End of an Era 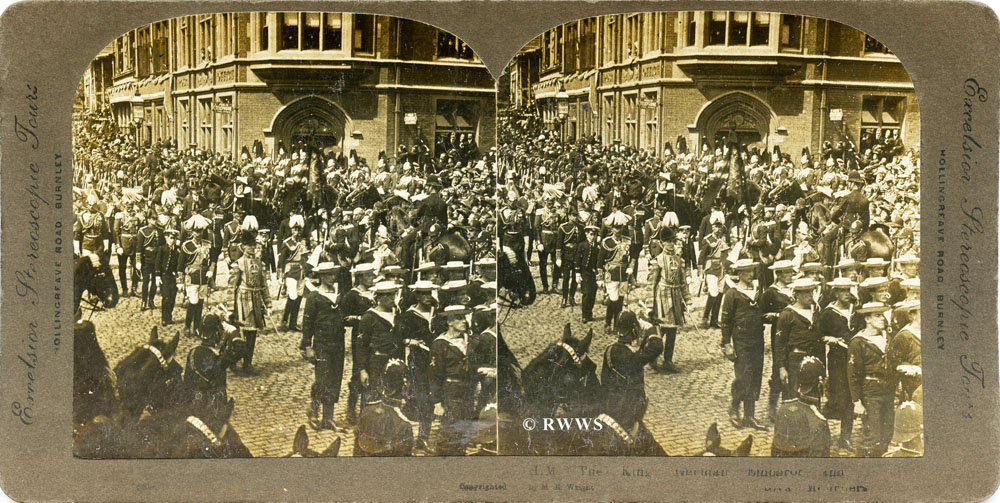 The Edwardian Period officially ended with the death of King Edward VII. His name would remain on the era, the last to be so attached to a time period. The inadequate inheritor to his name, King Edward VIII would be more known for abdicating the throne in favor of love in 1936.

Although the Edwardian Era was short and often thought to be transitory, it was still an important era that marked the end of the Victorian age and heralded the true beginning of a new century. It certainly proved to be the crucible needed to forge Winston Churchill into the capable leader he needed to be to usher England through the dark years in store.