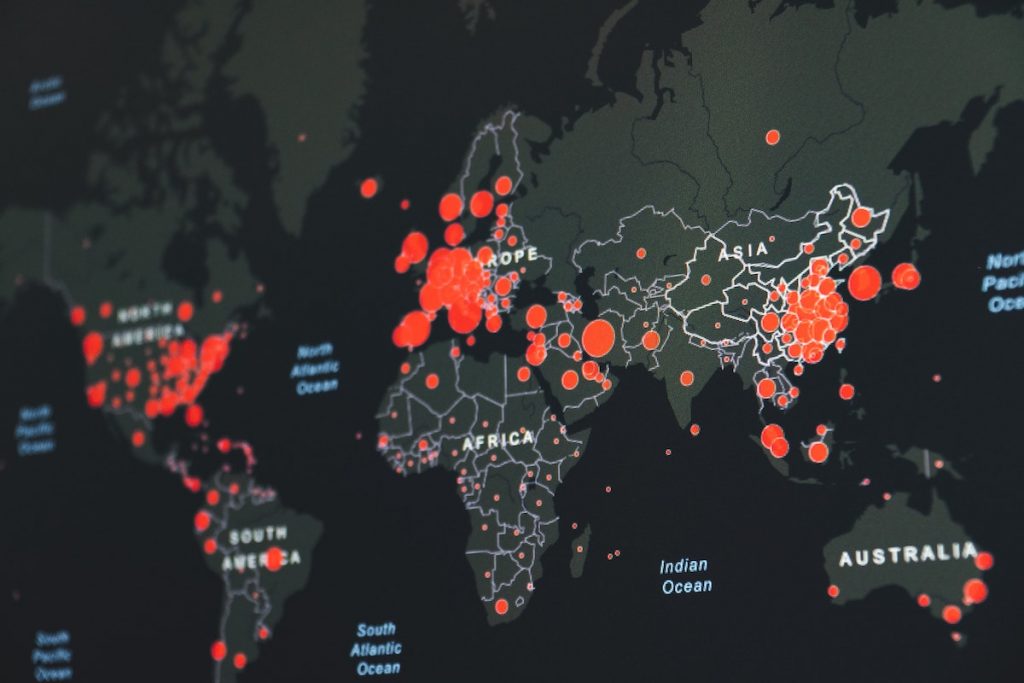 Lady Liberty is indeed a colossus. Representing democracy, the statue was a gift from the people of France to the United States. You could say  from one democratic country to the other. And true enough, these two countries are some of the most democratic, most free countries in the world. You have freedom of speech, for instance.

But the beauty of democracy has been under attack these days. As the virus went to town, it would seem America with all its freedoms has failed. You could say it has foundered. Perhaps a direct consequence of leadership issues pinned on ex-President Trump, the most powerful nation on the planet has lost more lives than any country. Or perhaps it was simply politicking: the U.S. was in fact facing a presidential election. To date, America is now not the envy of the world. With over 500,000 deaths and over three million infected, the country has made everyone in the world shudder in disbelief.

So is democracy to blame for America’s fall from grace? Sadly, China seemed to have succeeded enormously in containing its virus problem. Are authoritarian governments in better control of the pandemic? Looking at the issues underlying these results should be timely for everyone, for Americans most especially, moving forward.

The Case for Decentralized America

John Maxwell, the celebrated leadership author, is right. Everything rises and falls with leadership. And as much as then-President Donald Trump tried to downplay the virus, the results said it all: People were dying by the droves. In hindsight, such a mess proved to be the final straw that broke the camel’s back. Mr. Trump failed in his bid for a second term.

For countless times there, the Donald pointed the blame on China, downplaying the virus right from the very start. Worse, Congress placed a tight rein on the nation’s purse, enacting far lesser laws to liberate the masses from financial burden. The result is catastrophic. Trump’s borderline denialist messages coupled with Congress falling short on passing greater economic relief, had the public fending for themselves. Worse, the flamboyant leader sidelined CDC and the much-acclaimed Dr. Anthoy Fauci, denying the nation of proper guidance in such tumultuous times.

Well, a federal government may have a point against it if we’re to base it on the pandemic’s results. You can trace it back to the great debates on the merits of a strong centralized government vis-a-vis a more widespread distribution of powers by Thomas Jefferson and George Hamilton centuries back between the Federalists and the anti-federalists.

Indeed, the virus may have made the point for a stronger, centralized government more relevant. A thorough study made by Vox made clear that as wealthy as America is, its healthcare system was falling short in facing the pandemic. Hospital beds were lacking, a sad note in comparison to other developed nations which touted better capacity in their health institutions.

And every state, all 50 governors were struggling against the menace, was doing pretty badly when it came to the pandemic. This has prompted calls for structural changes. Perhaps, the massive deaths remind us America needs some drastic changes in its federal system. And to a large extent, it shows us that greater freedom in democratic nations comes with greater responsibility.

The Case for a Strong Centralized Government

On the other side of the planet, China seems to have coasted well through the pandemic. Though the world’s most populous nation was teeming with a billion-plus population, it stumped out the virus threat in an amazing fashion. While the U.S. is still struggling with rising infections, the authoritarian government has freed itself of the clutches of the virus with barely 5,000 deaths to the virus. And there’s but a dozen new cases of infections daily reported these days.

In hindsight, the trust of China bears some semblance to that of the Catholic Church and democratic socialism. Both these institutions, one religious and the other a more social entity aim to better the situation of the common man.

But of course, the trust of Communist China for the common good is not without traces of foul play. Experts noted the country’s leaders had an iron grip on the situation early on, controlling news about the virus when it started and silencing fierce critics. The case of Dr. Lei Wenliang, the ophthalmologist who first spoke of the epidemic on December 30, 2019, is top of this list.

Today, the world is seeing two countries vying for attention to dole out help in the form of the vaccine: China and America. It’s good to note that when it comes to their populations, the Chinese government enjoys greater trust from their people, perhaps a reflection of the relatively short time it has contained the virus.

Most democratic governments, America including, get a failing grade from their citizens. You have Italian’s trust in their very own government at low points. And the same mistrust is found also in the UK, Spain, and France.

Indeed, it seems democracy has some catching up to do. The good news is people in these freedom-loving nations can always speak their minds without fear of repression, and that may matter more.